Prom season causes a rising excitement because the event signifies the coming of age to many experiences and a prelude to adulthood and other grown-up social activities. 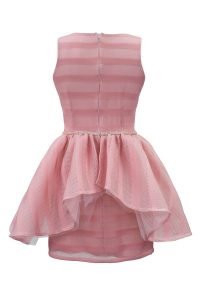 A prom or a promenade dance is typically held on the 3rd or 4th-year end of a secondary school. Because of its significance portrayed in the media, TV, and film, it has a cited reputation of being one of the most anticipated and important events in a students’ calendar.

A Short History Of The Prom Dance

A Prom happens as a party and dance gathering that culminates in the voting of the Prom King and Queen, honorary titles granted to particular boys and girls as voted by the year class that is known as a prom court. A typically black and white tie event for boys and traditional ladies’ long gown for girls, its establishment has a similar purpose to that of a debutante ball. In this case of a prom, the party is done as a group of a year class to signify their introduction to duties and responsibilities. Most students who attend prom, regardless of whether it is in the US, UK or other countries, are on average less than 21.

The Prom Dress: A Flashback

Think of the ultimate flashback Friday – Prom dresses grants the opportunity for young people to express themselves through an array of clothing, accessories and, well, style. Proms were not documented until the 1930s and 40s so having to survey vintage photos online is almost like a timeline into the past.

Proms were viewed as occasions to celebrate the near-end or end of a hard work at school and were a venue for young men and women—who typically did not have the time to meet and greet—to have a nice chat and know about their fellow peers. At the beginning of the years that proms started happening, the focus on fashion was geared towards the young women, each of them wearing a similar motif but all in all something different. Since modesty was given high value during those years, longer dresses that covered the arms and shoulders were the rave. This would be a tradition that would be followed decades after that.

The 1950s – What happened after the 1940s was the tea-length dress and a surprisingly almost 4-inch cut of the gown from the floor. The mid-calf had ruffles and revealed shoulders for a glamorous effect. As women were more encouraged to show an accentuated bodice, tulle fabrics and corsets were used to preserve their shape. Shawls were accessories to address the concept of modesty.

The 1960s – The 1960s proved that slight changes in the dimensions of the clothes would give way to a more carefree look at the prom. Divided into the early and latter part of the decade, dress colours were still hues of white and pale colours but the waistlines had been slightly raised and the girls’ prom skirt has been slimmed down. Hairstyles slowly became more extravagant.

By the time it came to the late 60s, there became the start of the reinvention of prom. The party itself was not seen as the formal and compulsory dance that students needed to attend but more of an optional activity. Nevertheless, gowns and dresses were available in prints, straps and empire waists.

The 1970s – The year of Saturday Night Fever (the ‘70s) went into the jive back to long gowns made of synthetic fabric with a style composed of overly long hanging sleeves that signify a bed skirt. This was also the decade that saw the prom dress as a shift from the traditional to the semi-formal. Television and films such as Carrie (that had a scene at her prom night) started to influence dressing for the event.

The 1980s – Media continued to inspire then-teenagers who showed up dressed as their favourite singer. Rock stars and Madonna helped create an almost caricature look of crimped hair, satin gowns with shiny fabrics and finishes – technically called iridescent –, scoop necklines and pumps. Informality was considered a definitive highlight of the period.

The 1990s – Just like the ‘80s, the ‘90s had students focus on having an enjoyable prom, no matter what fashion sense you had. The dresses, however, had tighter, lower and defined waists with more side swept and lightly tousled hair. Rosettes, square lines, fabric-on-fabric details and giant sleeves were also much loved. The off-shoulder look (reminiscent of the ‘50s) was still in fashion until the arrival of the spaghetti strap that leads us to…

The 2000s – A sleek minimalist look that included strapless and high necklines that exposed a little to a lot of skin. There came all sorts of ornaments: from glitters, sparkles and polka dots. It is important to note that even young men would be permitted to wear either all white or all black to the event along with their corsages. The added advancement of social media made the late 2000s nostalgic of past styles. In tribute to them with what would be called as a throwback, elements of styles are all juxtaposed to modern fabrics to create a contemporary version of a glamorous dress.

The 2010s – An extension of the 2000s epitome of elegance, prom fashion reverts back to the tulle and bodice silhouette—but with an edge. True enough to fit the season of mix and match, prom dresses were heavily fixated on standing out of the crowd. They were shorter (above the knee), delightfully inappropriate and had every bling attached to them. Recently, the fashion of middle school prom dresses has shifted to the theme of individuality—as young people are encouraged to celebrate more of their uniqueness and the qualities that make them special rather than belong to a group (this happens when a clique chooses to dress in a similar way).

Overall, the pattern of prom dressing changes due to the interpretation of what prom is based on the young people from that decade. What had been a rare and precious event for the pre and post war students has become a more lenient and edgier display of social interaction as seen in the modern evolution of prom style.

How The Prom Dress Affects You

Prom has become a component of student life. In the UK, they are events just like it: the summer ball or a leavers’ ball for the end of the term. The question lies: does dressing for proms have an effect on your life?

The answer perhaps is yes – if you are one to see the meaning into it and build memories around the event that is said to be the culmination of your youth. Do note that there will be young people who take prom seriously… fashion-wise. Let them be. If enjoying the prom means feeling that they are the best dressed, let them have that self-esteem boost. We want to talk about you. What would make you have a grand time with your friends and boy/girlfriends?

Firstly, know the rules. If there’s a hemline to be followed or modesty guidelines to apply, it would be better to follow them just in case—as there’s no fun being told that your dress is too short or too revealing. Other than that, graduation dresses for high school should be a joy for expressing yourself in the most stylish way you know how.

Prom dresses are not required to be expensive. In fact, during the olden days, certain fabrics become staples in gowns of a prom nature because it was cheap. Customizing dresses to your body type, fashion style, and comfort level has become a trend. And more than just being a trend, wearing a prom dress has now become an opportunity to wear yourself and heart on your sleeve. So whether experimenting on the styles above or coming up with your own luxe glam number of your own, experiencing fashion in a prom is an event that ought to be always remembered.