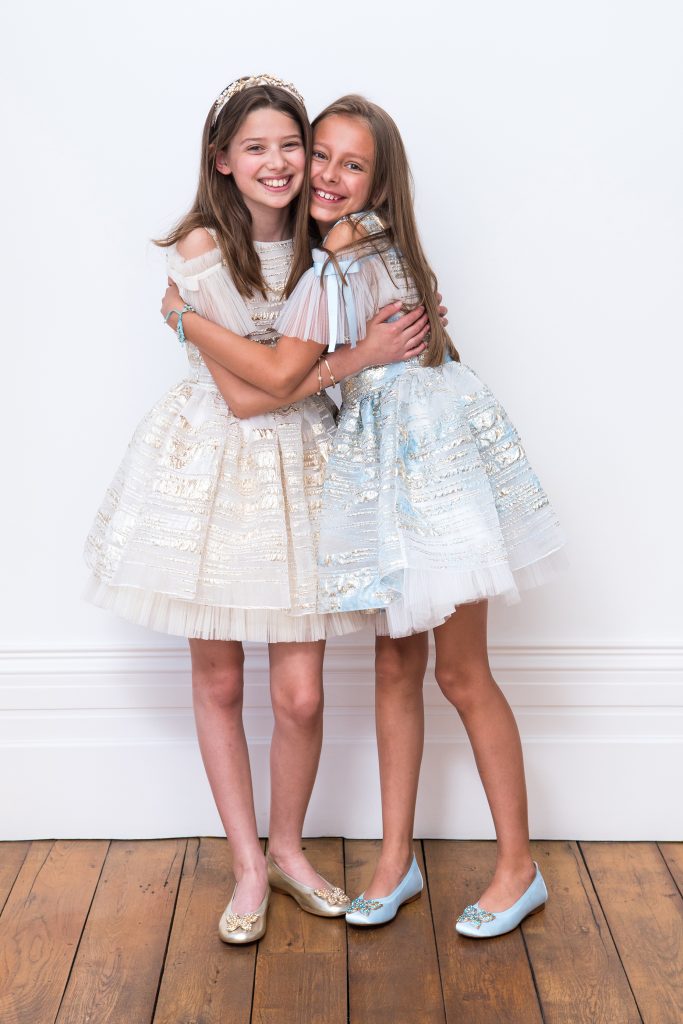 What little girl wouldn’t jump at the chance to be a bridesmaid or flower girl at a wedding? The ceremony, the dress, the tradition — it’s a rite-of-passage for all young girls and no wedding is complete without bridesmaids and flower girls. But why do we have bridesmaids? Where did the tradition come from?

In this post, we take a look at some of the traditions, myths and legends that have shaped the bridesmaid role that you probably never knew.

Legend has it that in Ancient Roman times, a minimum of ten witnesses were required for a wedding union for it to be legally binding. These lucky ten were made up of both men and women — much like our wedding parties of today. These guests also dressed in similar clothes to the bride and groom themselves — but this wasn’t simply a fashion statement; it had a supernatural significance. The Romans believed that by wearing similar clothes and making it unclear who were the couple and who the guests, the wedding party could trick and confuse vengeful spirits that sought to harm the newlyweds.

2. ….and A Decoy for Kidnappers

Bridesmaids acting as decoy brides wasn’t only a feature in ancient Roman weddings. In the medieval and early modern times, bridesmaids were also expected to dress in clothes that mirrored the bride’s and put themselves in the line of danger. But this time rather than acting as decoys for spirits, the bridesmaids were meant to be a decoy for kidnappers and highwaymen who made a living stealing brides and charging their families a hefty ransom.

In Renaissance times, bridesmaids had similar responsibilities as they do today. They arranged flowers, accompanied the bride as she walked down the aisle and organised party favours. But there was one Renaissance tradition that we’re glad has died out. The stench. In this time, bridesmaids didn’t carry flowers down the aisle with them, but rather bunches of pungent garlic, grains and herbs in a bid to scare off any evil spirits lurking at the celebrations. We’d rather stick to flowers! 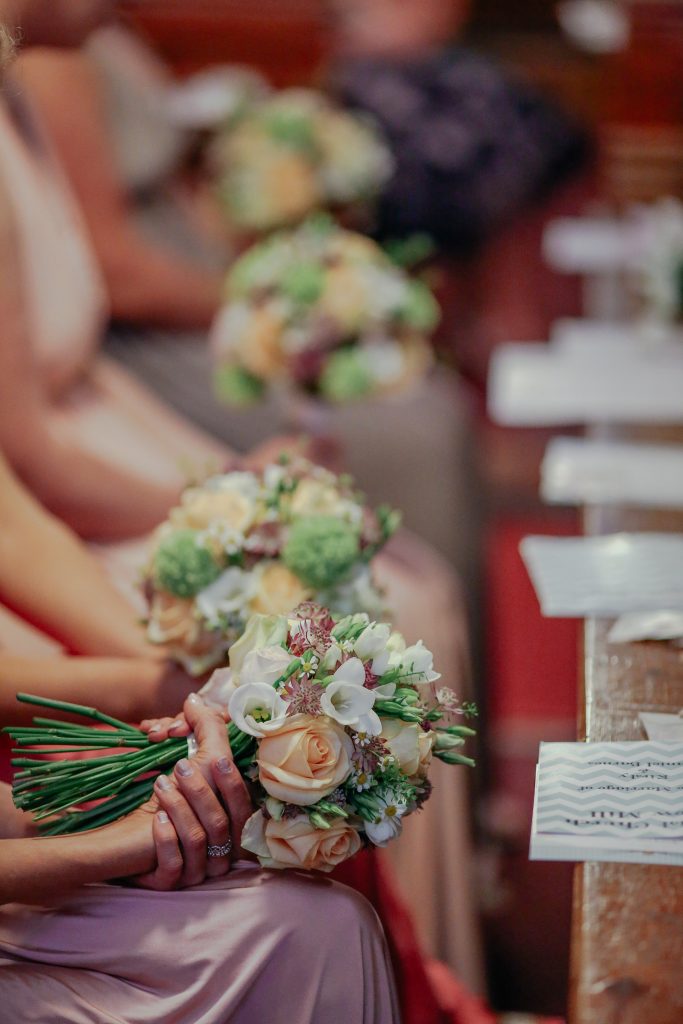 Have you ever wondered why the flower girl scatters petals before the bride? Turns out, this tradition reaches right back to ancient times. In Roman times, young girls would carry bunches of wheat and herbs, gently sprinkling them as they walked towards the bride and groom to symbolise fertility and to wish the couple a fruitful marriage.

In Elizabethan times, wheat was traded for the now more common rose petals. The bridesmaid would sprinkle the path that the bride walked from her house to the church — now that is a lot of petals!

The flower girl role as we know it today became a wedding staple in the Victorian era, where flower girls would carry baskets of fresh flowers down the aisle to guide the bride towards her excited groom. Their young age and innocence were symbolic of the early blossoming of the new marriage and the potential happy future of the couple. 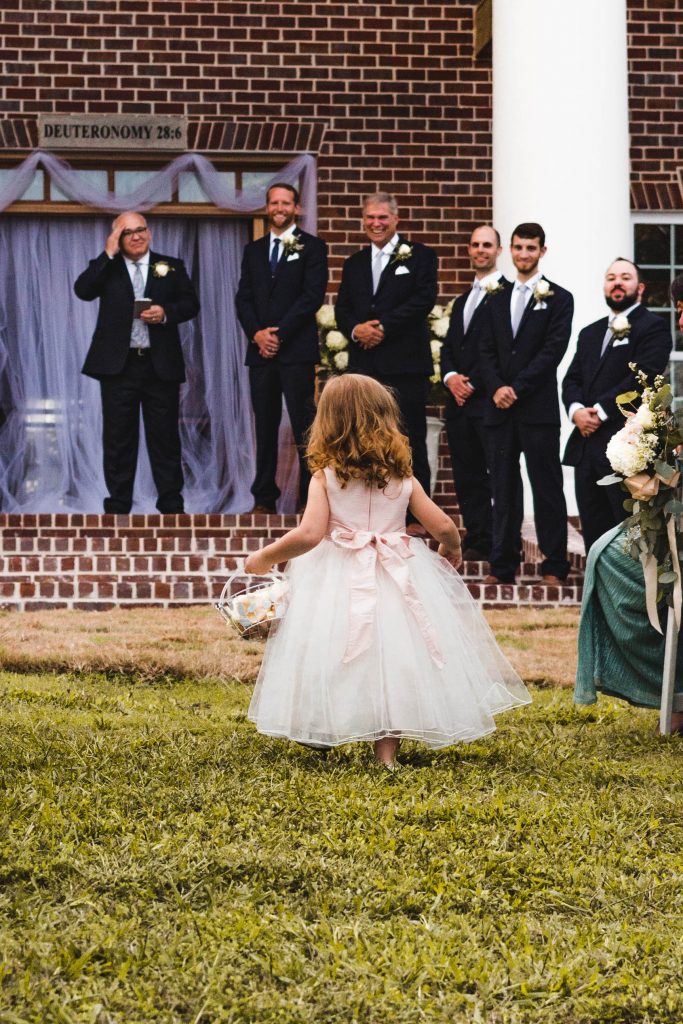 At David Charles, we love bridesmaid and flower girl headbands, but did you know that these beautiful accessories also carry a lovely symbolism? Since their introduction to wedding attire in the early modern period, the floral hoop worn on top of the bridesmaids head was thought to symbolise the never-ending love and commitment of the bride and groom. 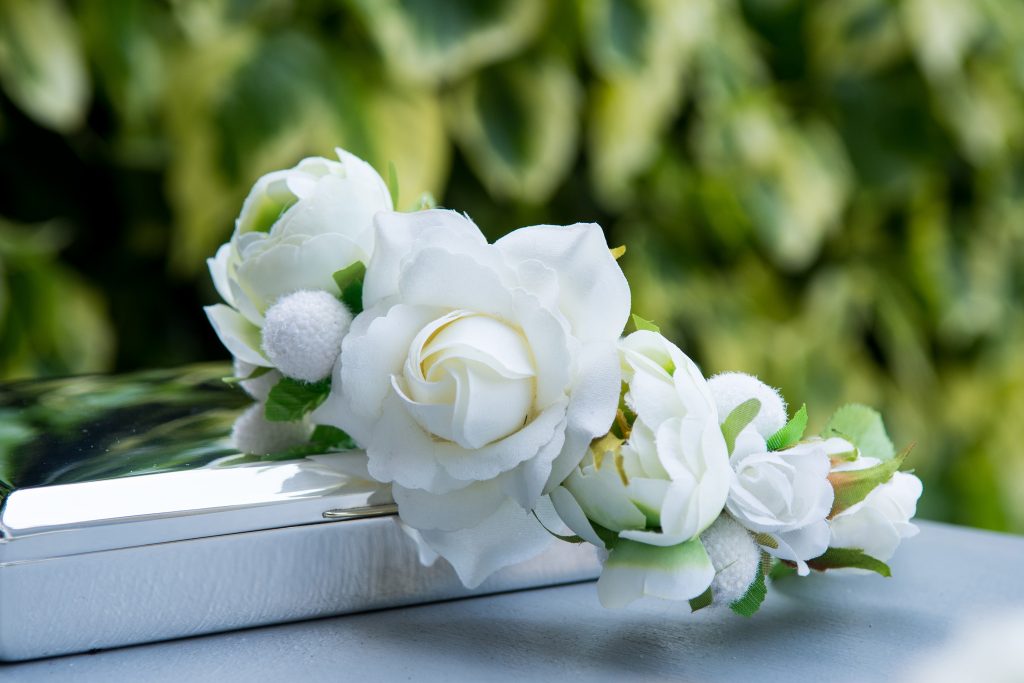 Whether they were fending off evil spirits or tricking greedy highwaymen, the role of the bridesmaid has historically been filled with danger. Even to this day, the role is shrouded in superstition and mythology. Take, for example, the common saying, “thrice a bridesmaid, never a bride” or the old belief that if a bridesmaid tripped as she walked down the aisle that she would never find a husband to marry.

However wacky, weird or downright bemusing some of the traditions of the bridesmaid role, it’s clear that bridesmaids hold an important and significant role in wedding day rituals. From the first bridal witnesses to the pretty bridesmaid of today, being a bridesmaid is a great honour —it means that the bride trusts you to help her through the most important day of her life.

No wedding would be the same without a bridesmaid or flower girl. If you’re planning a wedding or your little one is set to take part in the bridal party, we have a whole range of beautiful Flower girl dresses and children’s bridesmaid dresses. Browse today.